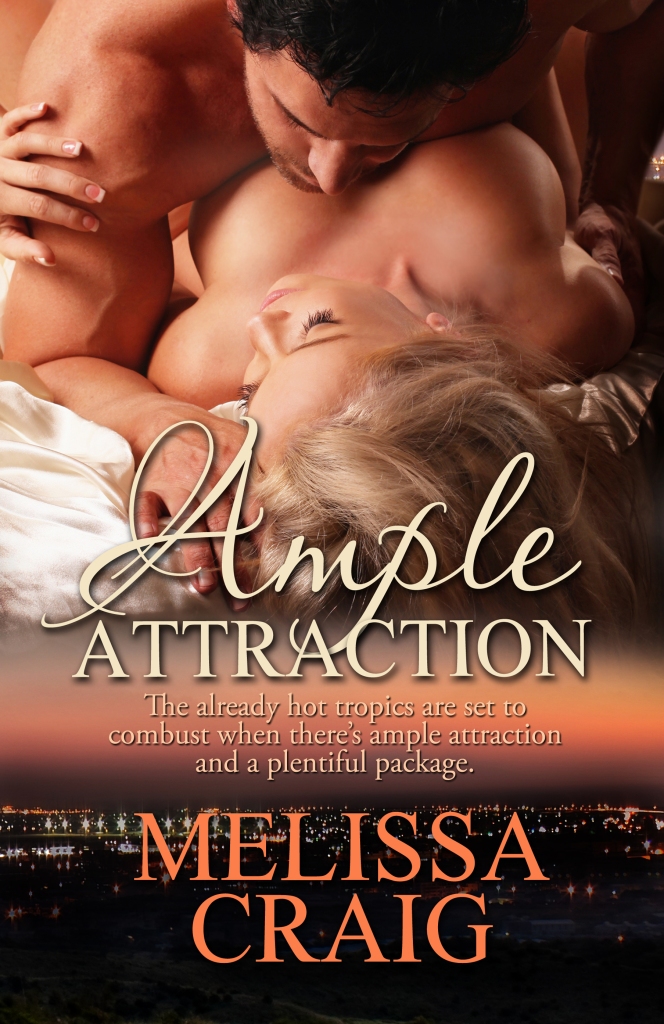 My Debut: Erotica Novella that hit #2 in the Amazon Hot New Reads in Erotica and #32 in the top reads in Erotica, December, 2011. Let me tell you a little bit about Plentiful Package, novella one of The Simply Breathtaking Series.

Set on a beautiful island in The Great Barrier Reef, Australia. It involves a sexually deprived boss (Jenna) and her hot, sexy, heart pounding, kite surf instructor -Andy. Andy is saucy, delicious, and astonishingly beautiful. He knows how to have a good time and it drives Jenna crazy. His hard six-pack abs never go unnoticed. *sigh* Jenna is hungry for him and torn between being his boss, or personal play toy.

Andy is the sort of guy you love to hate. He’s good looking and he knows it. In Plentiful Package he uses his attractive looks to help get what he wants with the ladies. He’s the typical Bad Boy that loves living a bachelor life.

Gosh why wouldn’t he? He’s a state champion Kite Surfer five years in the running. He has a sponsorship, modeling contracts and used to living the good life now. Kite surfer by day and King sexy by night. Even in his shabby jeans and thongs he looks like he should be in an underwear advert.

This makes it hard for Jenna. Andy’s cologne alone makes her body tingle. She doesn’t know why she lets him walk all over her. But she can’t help herself. She was smitten for him, the minute she saw him. Even thought she tells herself she’s not. She puts up with his mischievous ways for her own selfish reasons. She’s addicted to him and the buzz that surrounds him. She’s the one who pushed him into the competition, how can she not feel proud of him.

During the five years Jenna and Andy’s friendship slow grew apart, they didn’t watch movies together anymore. They stopped going kite surfing together. As his fame and fortune grew, so did his ego. It was Ryan (oh Ryan, the guy who’s always around when you need him) that was their when she needed the comfort of a nice cuddle.

Jenna and Ryan grew closer over the years, so close Ryan has fallen in love with her. Jenna is totally oblivious to his attraction. Or is she? Ryan is sick of the way Andy treats her. In Ample Attraction Ryan finally stands his ground with Andy so much so that… whoops I can’t tell you yet. You have to find out when the Novella comes out, Hehe.

Ok a little hint. Jealously runs through Ryan and Andy’s veins in the next novella. Several fights, the testosterone level rises. But it may not be what you think. You also find out more about Emily and Lilly. Emily more so as she’s Jenna’s best friend, shh and one night in the past Emily and Jenna were more than friends. But that’s another story… Sorry distracted by the thoughts of … umm. Anyway Jenna knows Emily is well suited for Andy and his fast pace life but Jenna doesn’t want Emily any were near her boys. Grrrr.

‘Ample Attraction’ started out on a certain plot but as I wrote it, it changed (even shocking me). Ryan becomes more belligerent, way more than his normal self. Fighting for someone he wasn’t ready to let go of. Jenna means the world to him. She’s the one he would give anything up for. She’s his dessert and he yearns for a sliver of desire, even if it’s a once and only time.

I had fun writing Ryan in this next novella as it’s now or never. He’s stopped being the good next door type of boy pleasing others all the time and finally acquired a craving for his sugar. But will the universe be on his side?

So please join me now and enjoy this excerpt from ‘Ample Attraction.’ This starts where ‘Plentiful Package’ left off. Well Wednesday, the morning after the hot, licking and sucking shower scene with Andy… hmmm ok shower time for me, need to cool down. Enjoy it any way you can!

Tuesday was a wonderful blur for Jenna. She didn’t know how they had fitted so many orgasms into a single day, but they had. She stirred, shying away from the morning sun that shone in her eyes. Glad to be alone in her bed, she stretched out as far as she could. She glided her legs along the sheets discovering that she was deliciously sore everywhere. Unable to move another muscle, she lay still, spread-legged, smirking. She recalled how they both had moved in inexplicable ways.

Jenna had a sudden twinge of guilt as Emily crept into her thoughts. Emily was her best friend and had wanted to ask Andy out. She sighed, but reassured herself that she deserved Andy more after waiting five years for him. She wondered how she had gone from having no men in her life to having the most desirable man on the Barrier Reef.

She took a slow and steady breath, looking at the honeysuckle bird through the window. Oh lord, he’s good. She touched her swollen clit, gently rubbing it as shivers passed through her aching limbs. She wondered if he did the same things with every girl. She rocked her hips up, recalling the way he had smiled at her, drawing her in with his intense magnetic pull.

Jenna tried to recreate the way they swayed with each other. Was it just him and his way, or was it a connection both of them shared? Did he treat every girl like his own princess? She moaned aloud, wondering why she given into him so easily. Why didn’t I listen to those girls? Because they said he was a Spartan in the bedroom!

Tingles ran rampant through her body. Her temperature spiked as the palm of her hand rubbed her vertical smile. She could feel the sparks forming and buzzing. She closed her eyes and clenched her ass cheeks together, spreading her legs wider. Her nipples were hard and her panties wet. Thoughts of Andy made her clit throb, so she increased her pressure.

She took a quick breath and her eyes rolled back. Jenna was not only aroused from touching herself, but from thinking of him, and only him. An audible moan escaped her. She shuddered involuntary, recalling the previous day and how the water had run down Andy’s hard, beautiful body. How it was channeled along his…

Another pulsation, stronger than before, rocked through her. Every part of Andy’s delicious body was etched into her mind. She remembered the way he had pulled off her skirt and used his tongue on her. She groaned with need. He had been so strong and bold, just like his tight ass.

The material rubbed on her vadge, stimulating her oozing juices. Her moans became more frequent and louder. Jenna thrust her hips up sharper, harder, rubbing and pumping her nether region. Panting, she held on hard, taking a moment to allow the tingles to envelop her pussy completely. Her limbs stiffened, and the ache of them only spurred her on.

That was her breaking point again. She loved how his words resonated in her mind. Her moaning increased in intensity, echoing off the walls. Jenna’s breath kicked up a notch and she tried to rub as fast as she could, but she slipped and skipped a beat. She couldn’t hold back anymore. She quaked, feeling the pulsations bring her closer to an explosion.

“Andy!” she screamed and held her hand in position while the tremendous sensations emitted from all the right places. Jenna clasped her pussy with the flatness of her palm, unable to hold back the cries of pleasure escaping her lips. Jenna held on strong, relishing every last shake and shudder of her climax. Her sensitive body soothed in the orgasmic moment.

She took a moment, letting her climax branch out. Jenna closed her eyes, visualizing that her satisfaction was all Andy’s doing. She sighed and allowed her body to relax completely. The fuzzy haze her hormones produced cleared. She wondered if he still wanted to be with her. The unwelcomed thought invaded her post-orgasmic peace. Secretly she hoped it had not been a one-off thing. Jenna wanted to make up for lost time. She needed him for sex. After yesterday, she felt so stress free it was unbelievable.

Jenna lay back, breathless, as she watched the tree branches swaying in the breeze. She stared at the crystal blue sky, barely marred by the puffy white clouds zooming by. She knew she wouldn’t get to spend much time with Andy. The wind was already coming in and he would be busy. But she couldn’t wait to be reunited with him, in every sexual way possible.

She let her mind run wild a little longer, imagining their future sexcapades. But too soon she found herself rushed around, getting ready for work. Jenna forgot about her aches and pains, eager to get an early start on the day’s tasks. Just in case Andy met her for a morning hook up, she made it into the office in record time.

Jenna settled in her office chair and noticed with a groan that Suzie was rostered on the early shift. Her inside churned with guilt. Suzie had been Andy’s on-again-off again girl for weeks. Jenna recollected how she had warned them about fornicating during working hours only the week before. Now here she was, having broken the same rule, with the same guy. Put it out of your mind. Why should I miss out on having sex with the local horn bag? He’s so good at it. Besides, she was the boss. Not all of the rules applied to her.

She breathed deeply as her vadge responded to the thought of the pleasure he had given her. She couldn’t help herself, he had so much power over her that the mere thought of him made her wet. She slipped off her shoe and propped herself up with one foot under her tooshie. Thoughts of his tongue on the hill of her clit made her body react to the core. She lost all conscious thought, and began to move uncontrollably. Jenna rocked back and forth on her heel, gasping at the stimulation. She was tempted to abandon herself to the sensation, but the sudden realisation of where she was dampened her hormones. Instead, Jenna caught up on the paperwork that required her full attention.